“We Rise By Lifting Others.”  Robert Ingersoll

Early in my career, a new female employee was hired in my department.  While given a senior title, she was performing the same work that a female co-worker and I were performing. My co-worker and I were threatened by this new woman and upset about her coming into our department above us.  Before this woman began work, we decided that we would not be welcoming, not show her the ropes, nor would we invite her to join us at lunch.  Luckily for me, our pact did not last.  That new female executive who joined our team is one of the most brilliant and compassionate women I know.  She became my teacher and mentor, and later as my manager and sponsor, eloquently and successfully advocated for my professional advancement.

I am not proud of this story, but am sharing it because it is relatively common for women to have experienced a lack of support from other women in the workplace.  By observing the behavior of my teacher and mentor, I learned a valuable lesson:  Supporting other women collectively lifts all of us.

Most of us are aware of the depressing statistics… that at the current rate of promotional opportunity, it will take an average of 25 years for women to reach gender parity at the Senior-VP level, and more than 100 years in the C-Suite.   In order to accelerate the current slow pace of change toward gender parity, I believe that all women should share a common mission and vision to transform individual women’s leadership successes into transformational change in the C-Suite and the boardroom. Many executive women have already blazed the path for gender diversity within the senior ranks of their industries.  If we all collectively focus on paying it forward and commit to helping other deserving women follow in our footsteps, we can move mountains.

An “Executive Sisterhood” would operate as a catalyst to increase gender parity in the workplace. To succeed, the Executive Sisterhood needs the support of male champions and corporate diversity efforts.  I suggest that each one of us acting in concert can significantly help women break through the glass ceiling.  Given that more women than men are graduating from college and graduate school, and make up the majority of U.S. law students, now is the time to begin taking concerted action to advance women.  Millennial women are entering the workforce in record numbers, seeking rapid advancement and opportunities for growth.  These women are expecting gender parity, and looking for female role models.  As for companies, the winners of the war on talent will be those who can attract and retain female millennials.

Women can exercise their powerful purchasing power to ensure that companies are aware that gender parity in the C-Suite and on Boards matters to us.  An estimated $59 trillion intergenerational transfer of wealth from baby boomers began in 2007 and will continue until 2061.    Much of that wealth will be end up in the hands of women, who are expected to control two-thirds of U.S. private wealth by 2030.

I encourage executive women to routinely support “up and coming” women as others have helped you during your rise to the executive ranks.    Suggested actions include:

Lift other women as they rise through the ranks of organizations or form their own companies.    Be a role model for women to emulate.  Let go of any feelings of competiveness, insecurity and jealousy.  Be kind and supportive to women, whether they are peers or prospective leaders.   Rise to the challenge of focusing not only on your own continued advancement, but also on mentoring and advocating for other women.  Create a sustainable culture where women empower other women, including female millennials.  In order for our daughters and granddaughters to ascend to the pinnacle of organizations, women must think and act as a team to achieve these goals.

The Executive Sisterhood website (www.executivesisterhood.com) reminds us of our common mission and vision, and provides inspiration for women and men to regularly take action and catapult us toward gender parity. 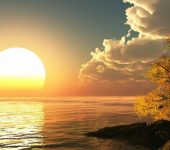 ESH Article
"Nurturing An Executive Sisterhood" - By Elaine A Caprio - 13 March, 2018 - No Comments